Examining the most recent folder in the box of papers from my cousin, I was surprised to come across a reference to the death of Miss Selene Moxon on 1st August 1970. I know the name and have often wondered about her, and research today suddenly brought her back to life, as since this afternoon I have discovered quite a lot about her.

I knew her originally as a beneficiary in the will of Sir Ernest Schiff, who left her an annuity for life. I guessed initially that she had been his mistress — Sydney Schiff once wrote, referring to his father Alfred and to his uncle Sir Ernest — that the Schiff men were good to their women. However, today I have been rereading the book 'Tony' by Sydney Schiff, and I think that, although Sir Ernest certainly had dalliances with theatrical young ladies and other lady friends. ['Tony" p.137, "…he always played bridge at the Club till the last moment before dressing time, and then rushed off to take 'Auntie' Fullerton to dinner." p. 171, "It was about then Trixie and I clicked, and you know what a good sort she always was. I made a real pal of her from the start and told her everything. I made it my job to keep track of The Rock, and as Trixie was in the thick of the show business it was easy as shelling peas for her little pals to get him in tow. Little did he suppose that I knew all about those little dinners in private suites at the Savoy, those little flitting to Mount Street, and off again in the small hours."]

I also knew that Miss Moxon had been the mistress of Sir Ernest's nephew, Sydney's brother, Ernest Frederick Wilton Schiff, who was killed four months after Sir Ernest's death by an enraged Cornish tin miner who suspected him of seducing his daughter. It seems that Ernest Wilton Schiff intended to marry Selene after his divorce from his wife, with proceedings recorded as having been commenced in 1918. In his will, Sir Ernest in a codicil left Ernest Wilton Schiff's share to his daughter Esmé, but did leave him a legacy of £5,000. The annuity to Selene Moxon is, however, intriguing, as at the time of Sir Ernest's death his nephew Ernest Wilton Schiff was still married. The book 'Tony' also makes clear that Selene met Sir Ernest for the first time after the commencement of her liaison with his nephew. It is difficult to understand why Sir Ernest made such a generous provision for Selene in his will.


The oddly named Sunday Wilshin actually started life with the even unlikelier appellation Sundae Mary Aline Horne-Wilshin . Born in 1905, she was a child actress, appearing regularly in the West End from the age of ten. Throughout the twenties and thirties she was much in demand, both for her good looks and her skills as a character actress. By 1930 she had formed a deep friendship with another beauty, the slightly older Selene Moxon, who for some reason acted under the stage name Cyllene Moxon. Their partnership lasted well into the 1960s.The two were also close to the actress turned author, Noel Streatfield. All three, having shared a dressing-room at the Kingsway theatre during the run of a light comedy called Yoicks (1924), became regular fixtures on the London night-club scene and remained friends for life.


"Our boss was the delightfully dotty Sunday Wilshin. Sunday was one of the few women executives I have met who enjoyed her ‘feminine’ qualities and who made use of them in her work". He noted her continued preference for a kiss-curl hairstyle and felt she was still a Pre-War starlet at heart.

Apart from her radio work, she wrote books and, with Selene, edited and proof-read the work of others. She also made the occasional foray into television – presenting “Asian Club” in 1955, surely the first such venture in the West.

Where did her interest in India come from? Funnily enough, this question might lead back to the party-world of the early thirties. By 1932 Selene Moxon had tired of the social whirl of London. In July, just as Elvira was winning her case, Selene and Sunday acquired a cottage in Little Saling in Essex. They became became part of the Gurdjieff/Fourth Way study group set up by Maurice Nicholl, two miles away, at Lakes Farm, just north of Braintree. The mysticism and search for spiritual peace that characterised these communities had a particular attraction then, as it did in the 1960s, to those seeking a way out of addiction and many more who were just no longer fulfilled by the endless round of late-night excesses. Tantalisingly, a year later Denys Skeffington Smyth moved out of Mayfair to Great Bumpstead, less than ten miles away.


[From the website elvirabarney.wordpress.com/2011/10/30/sunday-wilshin/ which provided the key to discovering more about Selene Moxon.]

Sunday Wilshin (1905–1991) was a British actress and radio producer; the successor to George Orwell on his resignation in 1943. She was born in London as Mary Aline Wilshin (corroborated by publicly-available birth records; other sources give Sunday/ Sundae Mary Aline Horne (-) Wilshin) and educated at the Italia Conti Stage School. Wilshin was a member of the 'Bright young things' of the 1920s, and a close friend of the actress Cyllene Moxon and of author (and former actress) Noel Streatfeild. In connection with the 'bright young things', Wilshin commonly appears in accounts of a gathering whereat she was assaulted by the silent film actress Brenda Dean Paul.

Beatrice Lillie I remember from my childhood. Billie Carleton died in suspicious circumstances associated with opium taking and her friendship with Ernest Wilton Schiff.

Cyllene Moxon, The Day before Yesterday, (1956)

This is a book by Selene Moxon that I have been unable to trace. 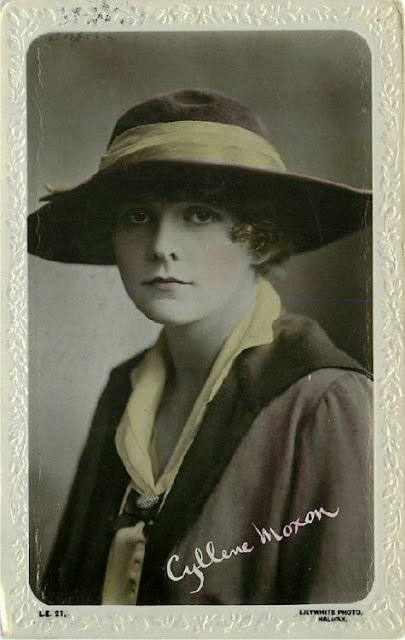 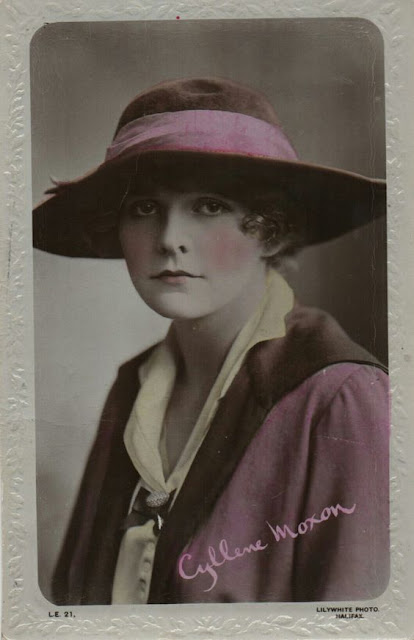 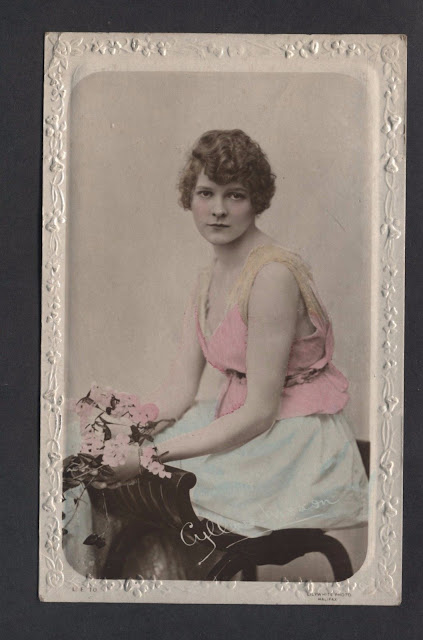 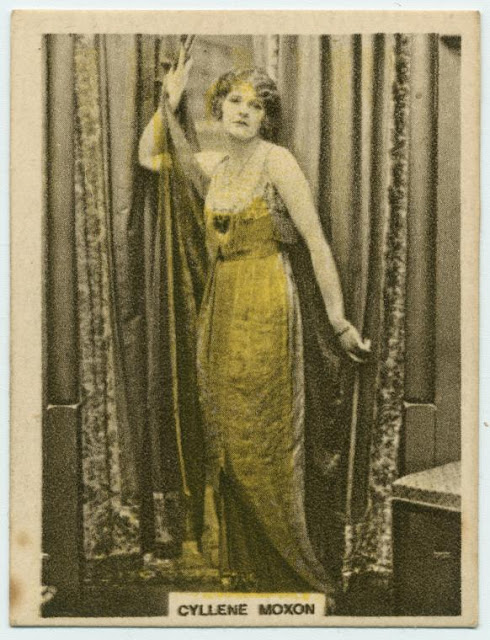 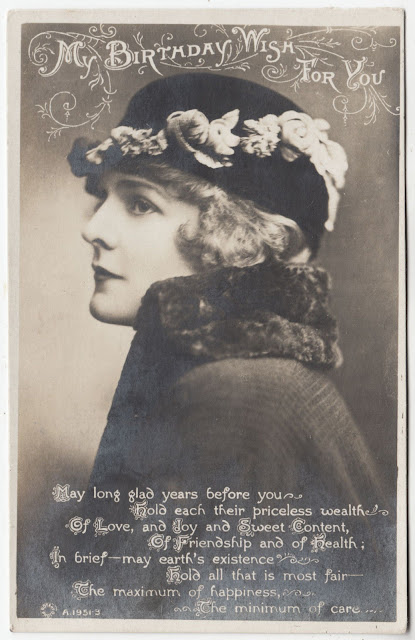 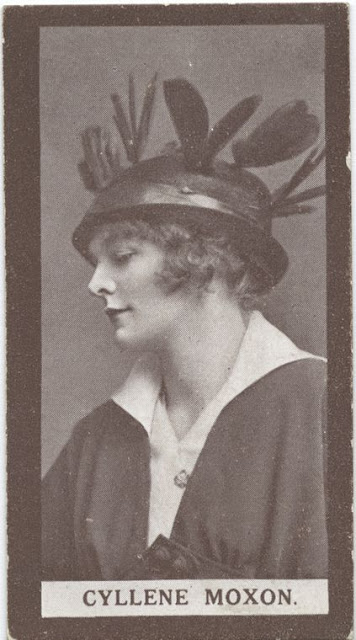 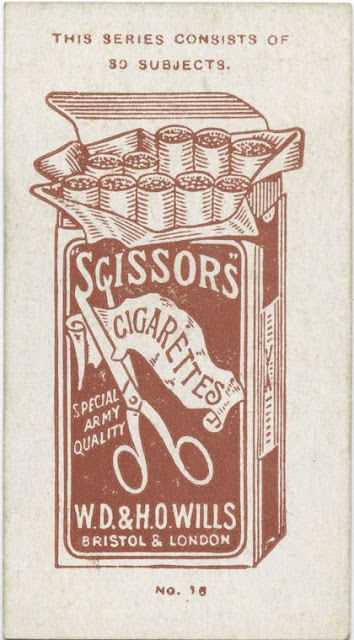 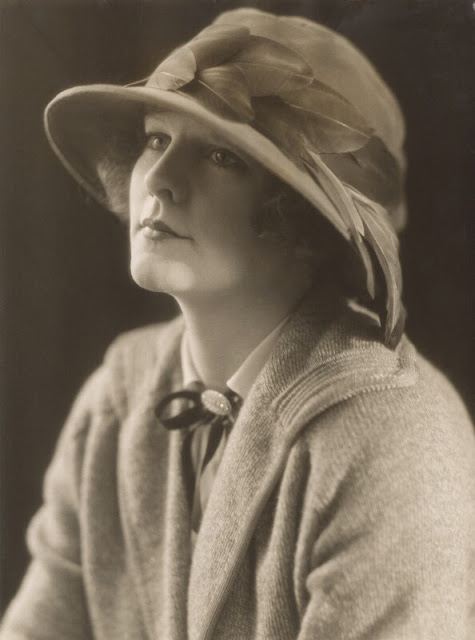 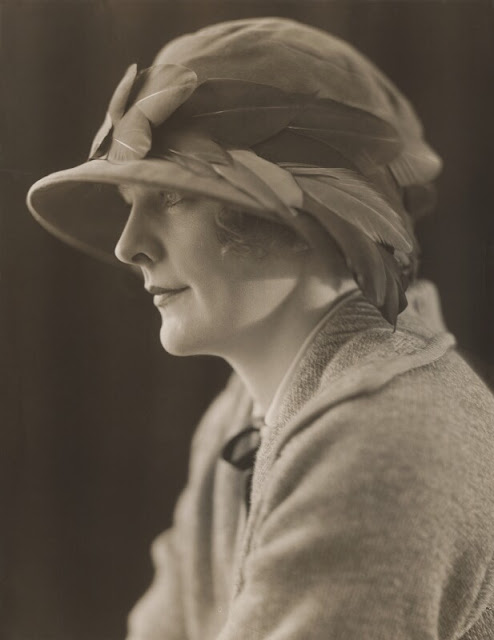 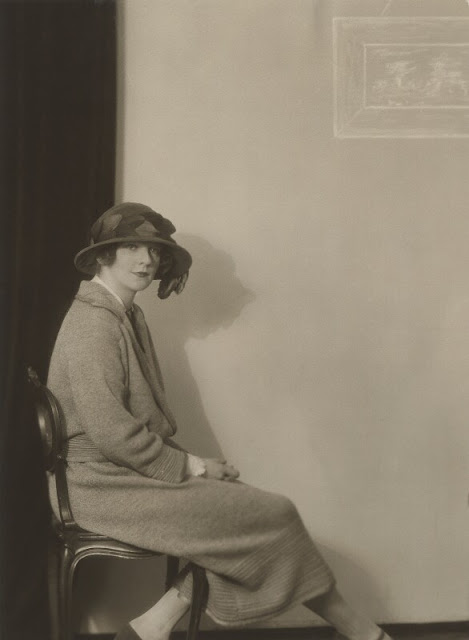 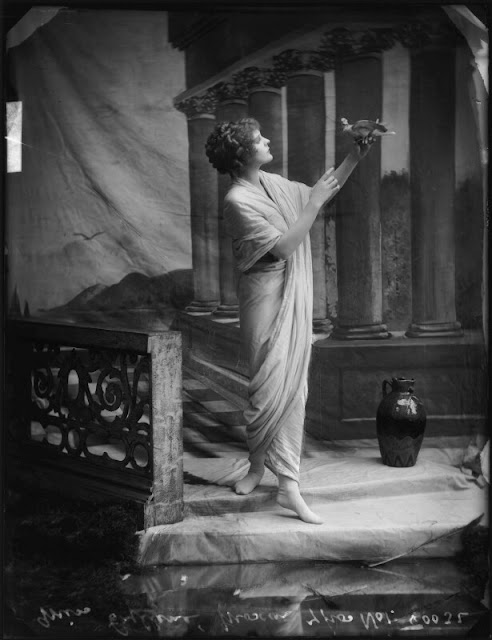 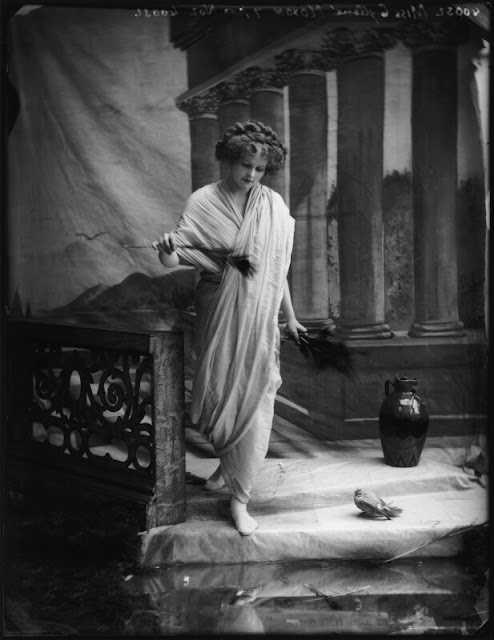 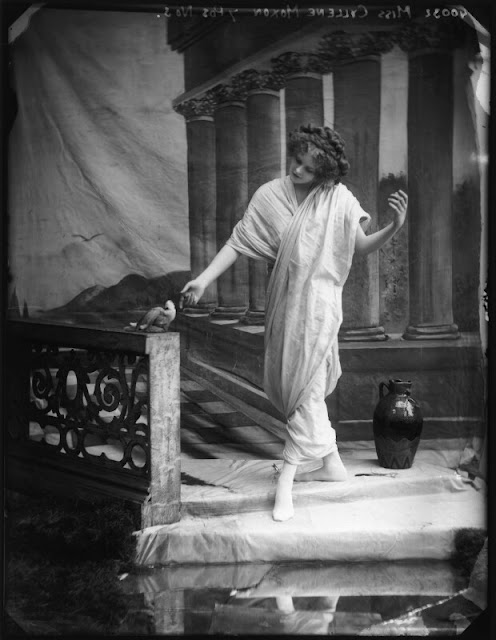 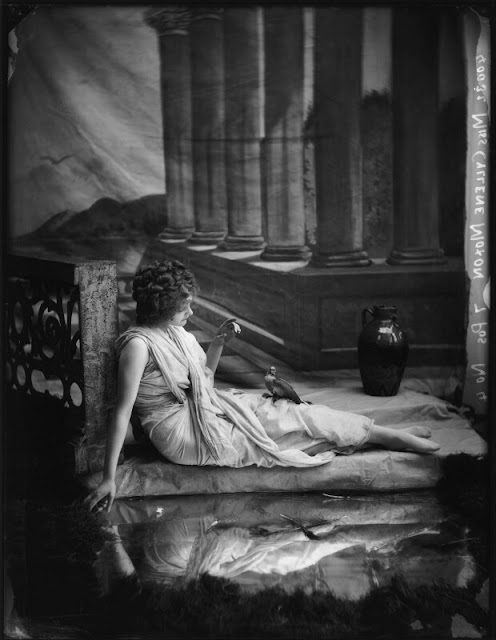 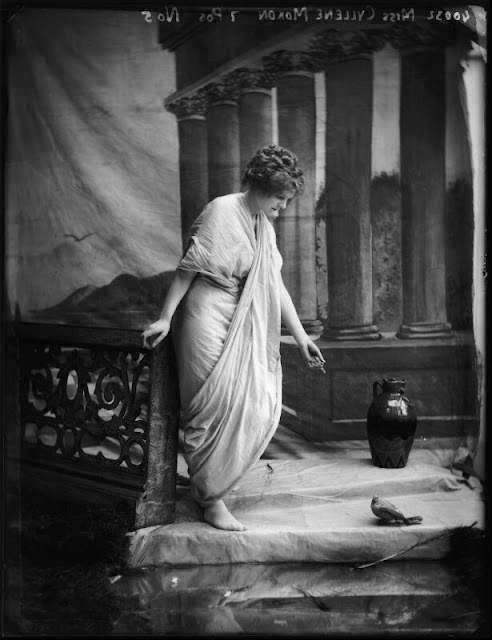 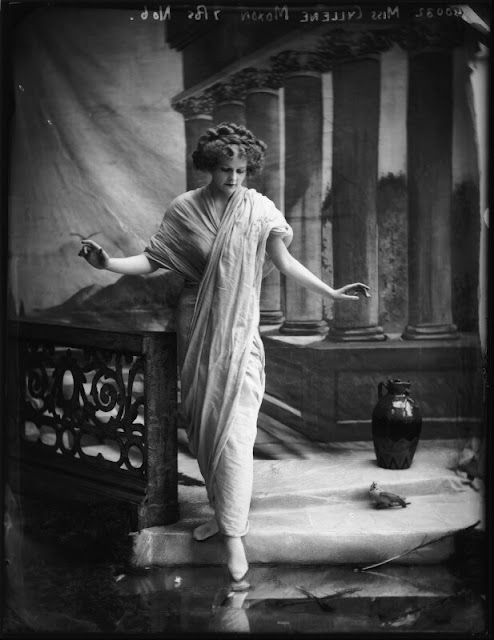 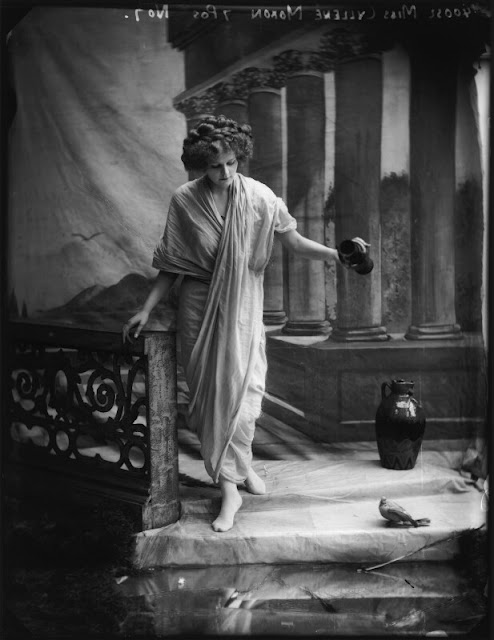 The Death of Selene Moxon 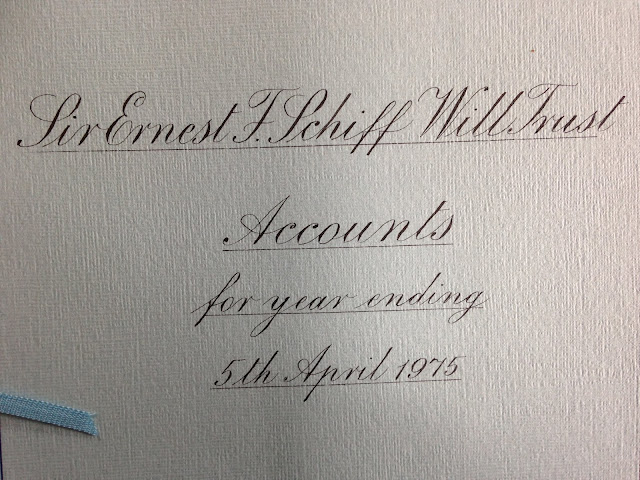