Another chance discovery, and some illumination as to the training of my gt gt gt grandfather Samson Schiff. Some points:

1. He too seems to have retained his surname of Schwalbach till quite late, before the final adoption of Schiff.
2. This must be him. Born in 1807, He would have been 18 when he worked with the silversmith Johann Adam Bercke in Offenback from 16 to 29 April 1825, then the following day, 30 April 1825, he worked till 6 June 1825 with another silversmith in Offenbach, Johann Christoph Schramm.
3. At this time Offenbach belonged to the Grand Duchy of Hesse-Darmstadt. It is extremely close to Frankfurt, on the opposite bank of the river Main, and over eighteen hours on foot from Mannheim.
Posted by Frank Gent at 12:54 No comments: 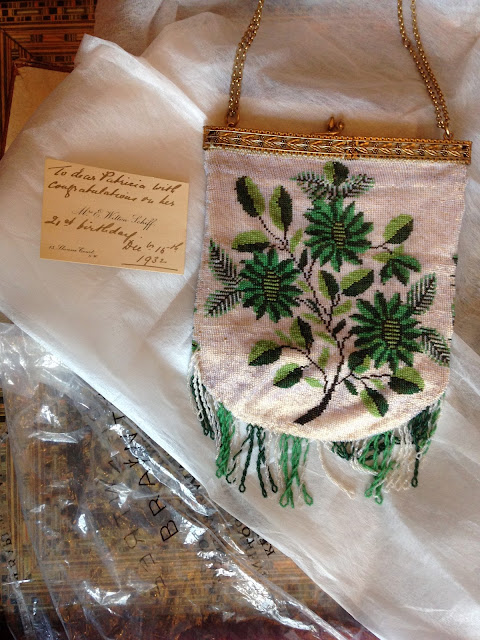 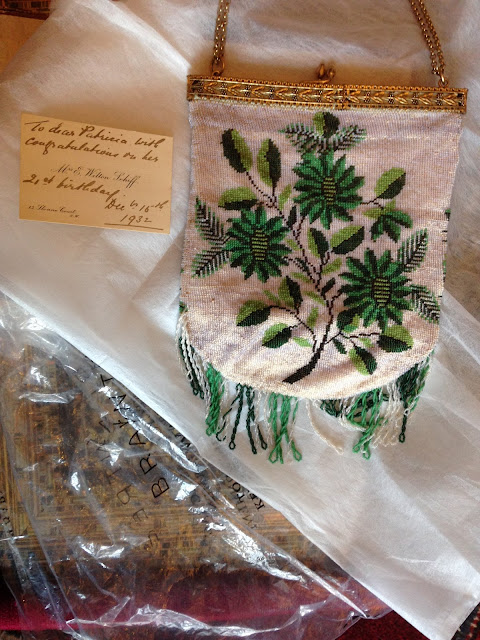 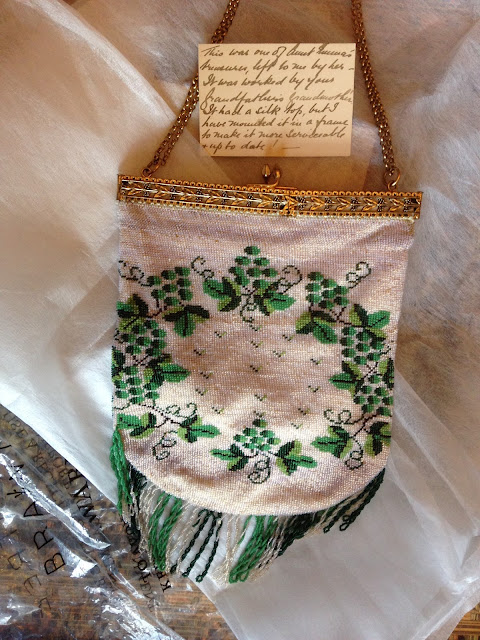 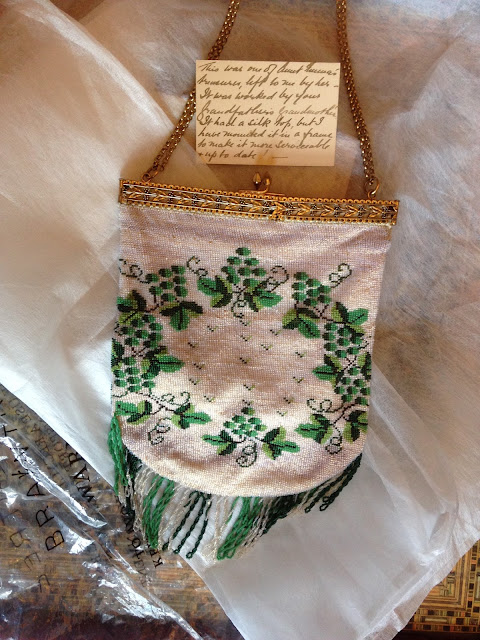 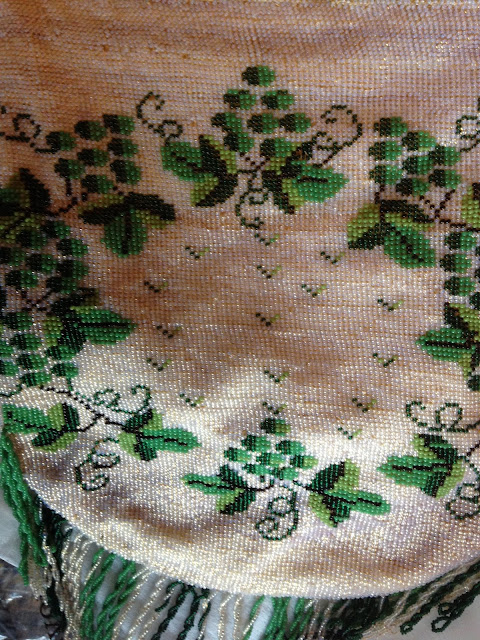 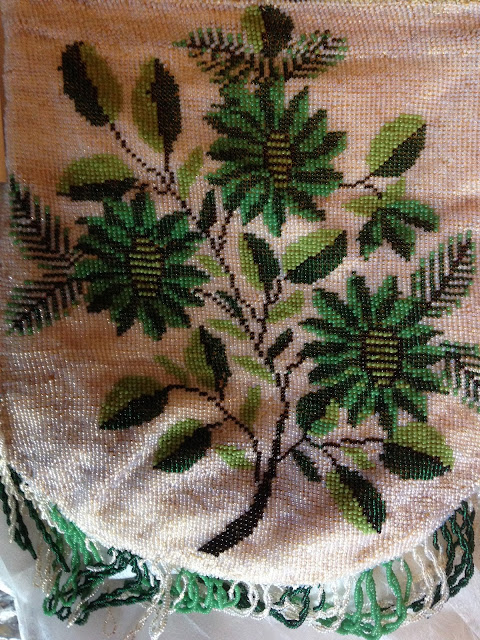 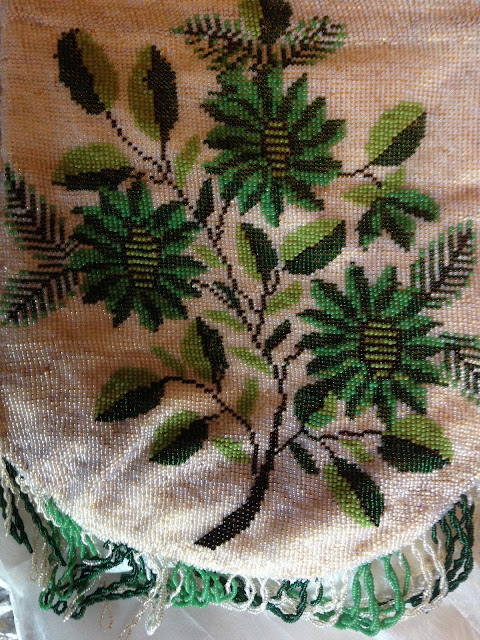 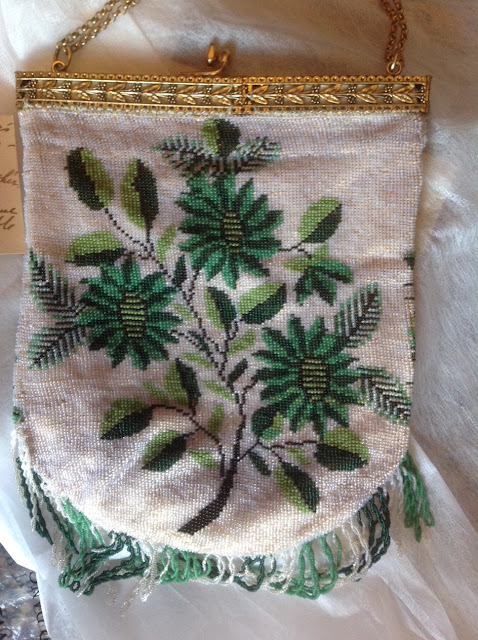 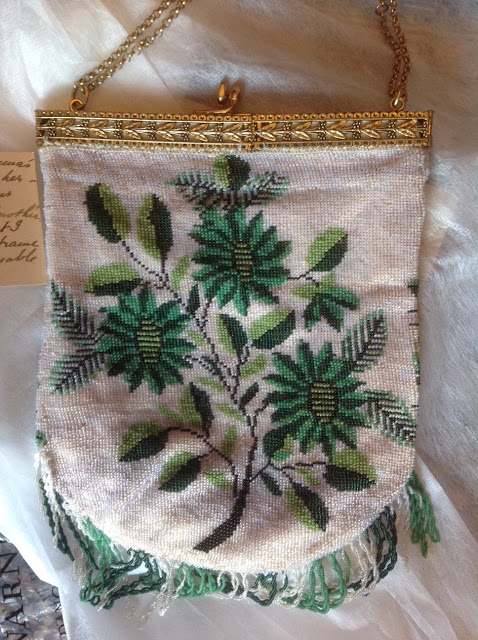 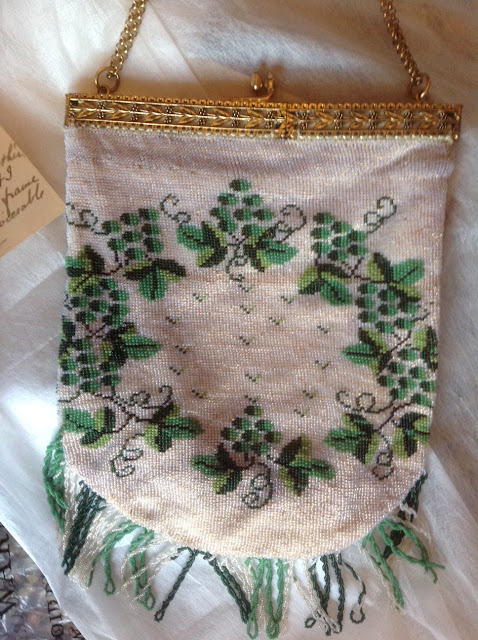 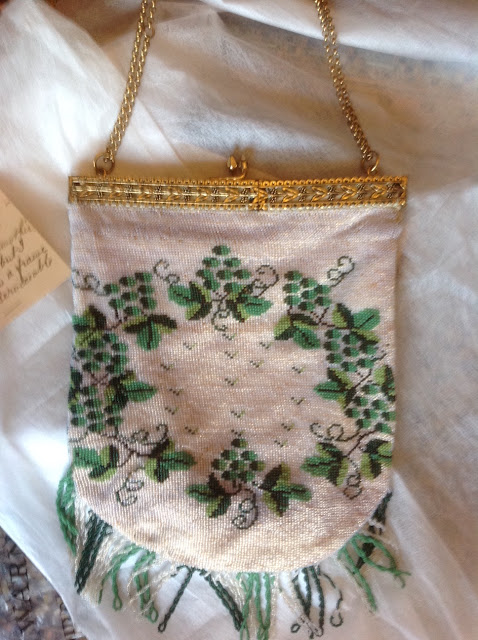 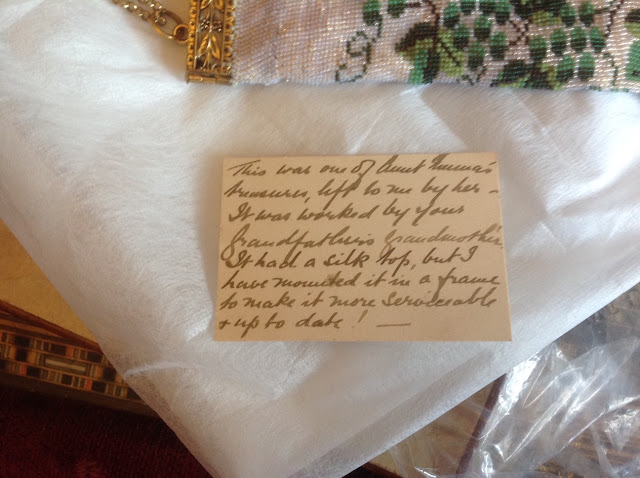 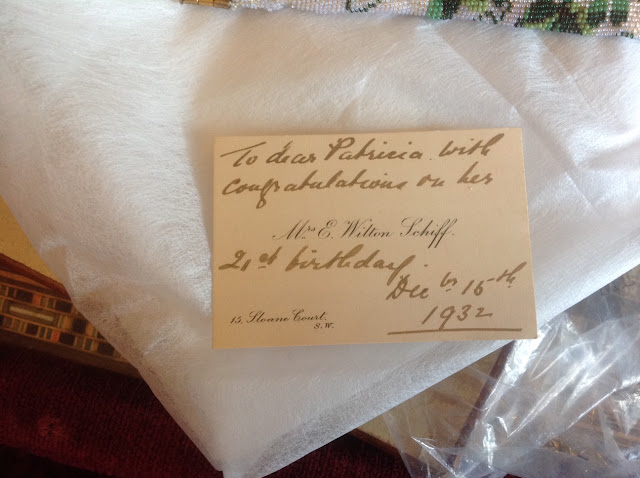 How were they made?Beadwork demanded needlecraft skill and the ability to devise and interpret patterns. At one end of the social spectrum, the pieceworker toiled over bags that were sent off to frame makers. At the other, privileged young ladies often presented their homemade bags as gifts or favours. Knitting with thin steel needles and crochet were the most popular methods of beading in the 19th and early 20th centuries. A modestly beaded bag could use as many as 100 bundles of beads (each bundle held 1,000 beads). Bag frames were available from ironmongers and drapers, and were carefully chosen to match the detailing of the bag.Along with being museum pieces, beaded bags are highly prized in collectors' circles where they command high prices. The greatly coveted beaded works were of such value that, in the early 1800s, the patterns used to make them were jealously guarded as family secrets passed down through generations.
1000 beads per inchBeaded bags from the middle of the 19th century were almost always made with very small, very fine beads -- up to 1000 beads/square inch can be found on bags dating before 1850. This type of fine beadwork produces a bag that appears tapestry-like.
'Indispensables'The earliest beaded bag was usually knitted in a drawstring style called a reticule, which also became known as an "indispensable" because it developed a universal popularity almost overnight. So popular was the reticule, it became an absolute "must" for fashionable ladies in 19th century Europe where the Empress Josephine, internationally known for her sense of fashion, carried a reticule with her at all times. Romantic figures, pastoral scenes, and flora and fauna became common themes rendered in the tiniest of beads.Dating the beaded bag poses a dilemma for textile historians, since newer bags are often made with older beads. For instance, beads from the early 1800s might be used to decorate bags made in the 1920s. And while a bag's frame can sometimes provide clues to its age, not even this is foolproof. Only that rarity, a beaded bag signed and dated by its maker, provides reliable proof ... that is, if you can find one.
Between 1820 and 1830, beaded bags supported by metal frames came into vogue. Coming primarily from France and Austria, the frames were made of everything from pinchbeck, an alloy of cooper and zinc made to look like gold, to tortoiseshell. Chains, often formed of decorative, ornate links, were attached to the frames.
THE EARLY RETICULEBeaded bags made during the early and middle of the 1800's were almost always knit with the very tiniest of beads, up to 1000 beads per square inch can be found on purses dating before 1850.  Certain bead colors can also help date an earlier purse such as cornflower blue and brick red.Beaded drawstring bags, called the reticule, also have distinct characteristics. Although there are exceptions, the basic early 1800's reticule is a knitted design of three horizontal parts.  The bottom could have been beaded in a star pattern with a beaded tassel hanging from the center of the rounded bottom.  Squared off purses sometimes had fringe instead of a tassel. The middle and usually largest section consisted of a floral or scenic motif.  The third and upper section might have a scalloped or floral border to compliment the design or perhaps a saw toothed edge, Greek key or other flattering pattern. The beaded bag would then be attached to a header, sometimes knit or crocheted,  also velvet or silk. Ribbon, cord or chain was drawn through the header and became the closure and handles of the reticule.Many beaded bags can be very hard to date because older beads were often used to create purses during the early 1900's.  Early 1900's bags were also patterned after the older 1800's designs and styles.  Even the purse frame does not always determine age because by 1900, beaded purses were so fashionable that the older reticules were regularly added to purse frames for a more up-to-date and desired look.  Some purse enthusiasts criticize the practice of adding an antique purse frame to an 1800's reticule, they even find it inexcusable and suggests that doing it may lower the value of the purse, but the fact is, this practice has been going on for over 100 years, the reason being, it is what the owner or buyer prefers.


Recently my cousin Mary-Lu Hick in nearby Barnstaple contacted me about a family heirloom that she had inherited from her mother. She kindly sent me photographs, and a few days ago she called in to visit me bringing it with her. I took more photographs and her and my photographs are above. This small beaded purse still has the card that came with it when it was given to her mother for her 21st birthday by Emma Wilton Schiff, widow of Ernest junior.
The card reads;


To dear Patricia with congratulations on her 21st birthday, Decr 15th 1932.This was one of Aunt Emma's treasures, left to me by her. It was worked by your grandfather's grandmother. It had a silk top, but I have mounted it in a frame to make it more serviceable and up to date!


Patricia's grandfather was Charles Schiff, and of course he had two grandmothers. His father's mother was Augusta Fuld, born in Mannheim in 1771. His mother's mother was Nechle Löwenthal, born in 1777 in Lissa, now Leszno in Poland. I shall guess that it may have belonged to her and that it has been passed down from her. 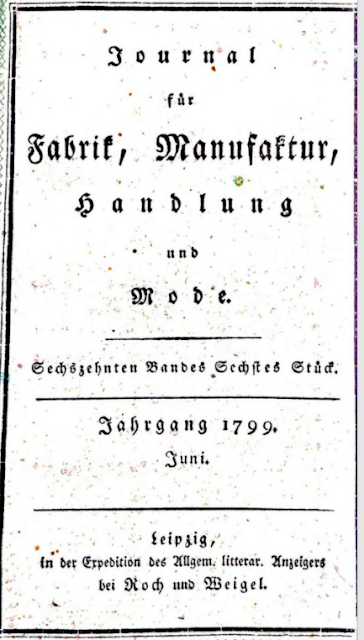 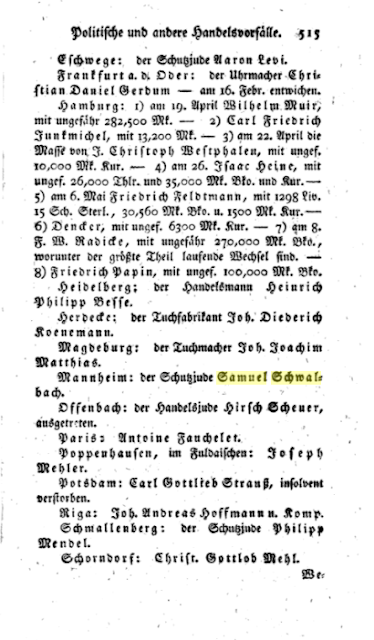 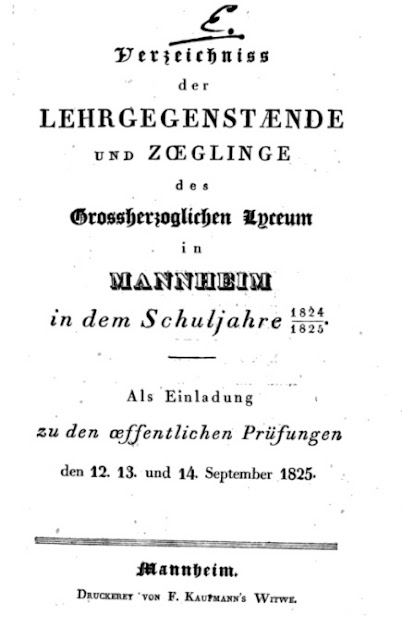 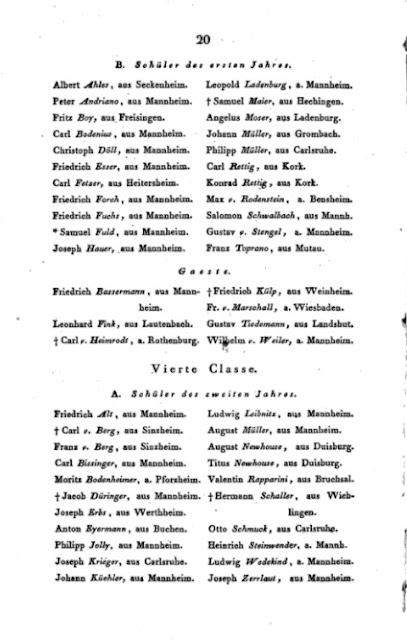 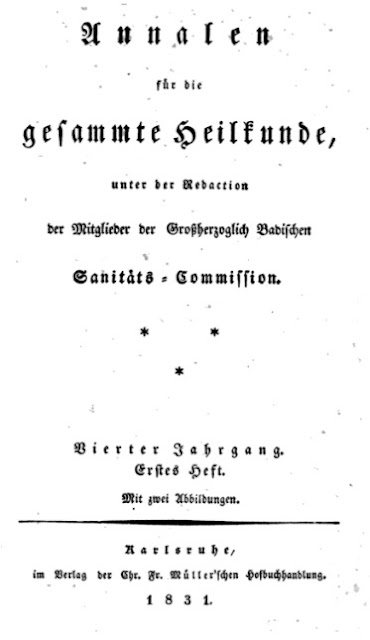 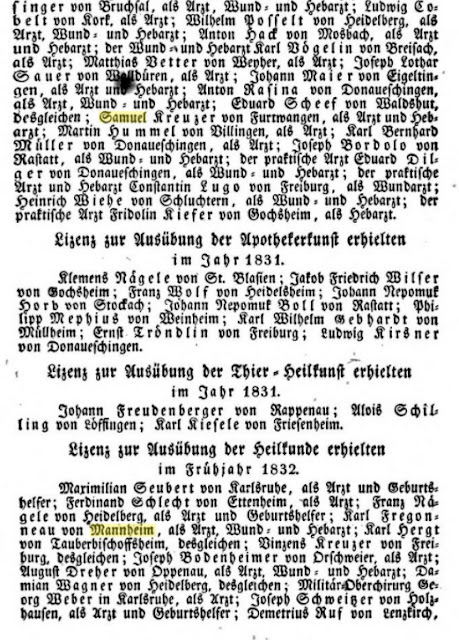 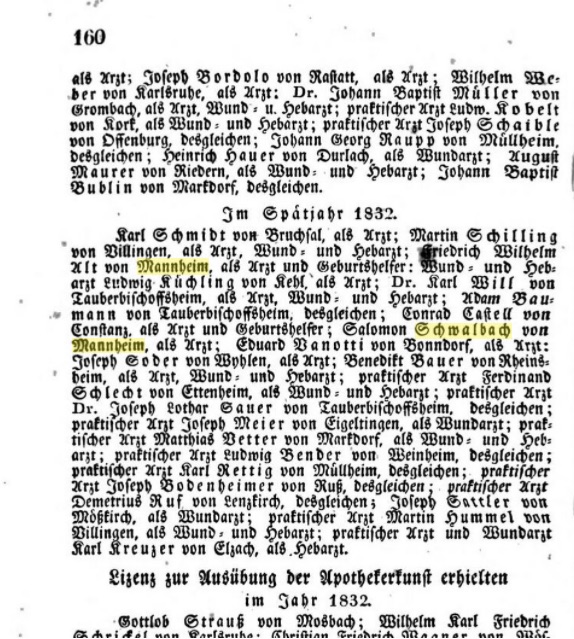