John C. Burch, Secretary of the Senate, 1879-1881; Father-in-Law to Charles Schiff
[http://www.senate.gov/artandhistory/history/common/generic/SOS_John_Burch.htm From the official website of the United States Senate] 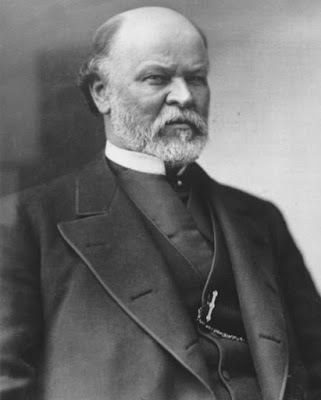 Sir, no Senator who has been in the discharge of his duties here long enough to know the practice of the Senate, and what is required of Senators, can fail to be impressed with the exceeding importance to him, in the discharge of his duties, and to the public who are to be benefitted by that discharge, of having a competent body of officers in the Senate, men who are trained and educated in the Senate, who know where to find what you want, how to give you information when you want it, and where to direct you to it.  It is highly important to all Senators, and more especially to Senators when they come here for the first time.  —Senator James Mason (D-VA), July 17, 1854