His parents relationship. His Father. His Mother.
Birth of his sister.
His birth.
His childhood: Prince Hempseed.
His adolescence and youth: The Other Side.
[When is the discussion about a career?]
His marriage.
His life at Blevio.
The end of his marriage.
Violet Beddington.
His writing.
Dates for books…
His involvement with the arts: names and dates
Poets, artists

Schiff, Sydney Alfred [pseud. Stephen Hudson] (1868–1944), novelist, translator, and patron of the arts, was born in London, the illegitimate child of Alfred George Schiff (c.1840–1908), a stockbroker, and Caroline Mary Ann Eliza Cavell, née Scates (1842–c.1896). Caroline had married John Scott Cavell in 1861: he filed for divorce in 1867 on the grounds that Caroline had committed adultery with an unknown person in 1865 and had borne a daughter (Carrie Louise) from this relationship, and that she had cohabited with Alfred Schiff since November 1865. Sydney Schiff's birth was registered under another, untraceable name; the date which the family used as his birthday, 12 December 1868, cannot be confirmed. Caroline married Alfred Schiff in 1869, and they had four further children, one son and three daughters.

Schiff was educated at G. T. Worsley's Preparatory School at Hillingdon, Middlesex, and at Wellington College, Crowthorne, Berkshire. In 1886 he was unsuccessful in his efforts to enter Oxford to read law, and in 1887 he travelled first to Canada, to work for a friend of his father, and subsequently to the United States, to work for his uncle Charles. Travelling in the States, Schiff met Marion Fulton Canine (b. 1867/8, d. after 1932), whom he married on 29 August 1889 in Ontario. The couple returned to Europe, but the marriage was not a success. In spite of the family wealth, Marion's expectations of luxury were not fulfilled; moreover, she antagonized her mother-in-law, and mocked Sydney's literary aspirations. The couple separated in 1908; Marion filed for divorce in June 1910, and the decree absolute was declared on 8 May 1911.

Schiff married Violet Zillah Beddington (1874–1962) on 10 May 1911. Violet and her family were more encouraging of artistic endeavour than Schiff's parents or his first wife, and he turned his attentions to writing fiction and to patronage of the arts. His first novel, Concessions (1913), was published under his own name, but War-Time Silhouettes (1916) and subsequent works appeared under the name Stephen Hudson. The pseudonym was adopted in anticipation of the appearance of Richard Kurt (1919), the first of a sequence of autobiographical novels. Schiff had begun work on these in 1911, but during the First World War he and Violet had enthusiastically read Proust's Du côté de chez Swann. À la recherche du temps perdu provided a precedent for the scale, if not the manner, of Schiff's autobiographical sequence. Schiff later extensively revised and combined several of his novels as A True Story (1930). His championing of Proust in British literary circles also led to his translating Time Regained (1923) after the death of C. K. Scott Moncrieff.

During the war Schiff developed his role as a patron of the arts, supporting Isaac Rosenberg with small gifts of money and painting materials. He subsidized the short-lived but influential periodical Art and Letters (1918–20), as well as contributing to it and editing one issue. In the post-war period he encouraged and supported other modernist artists and writers through purchases and gifts of money, and through correspondence, hospitality, and conversation. His manner was recalled by Jacob Isaacs as being ‘fastidious, punctilious’ and ‘exquisitely courteous’, while his appearance, on account of his moustache and conservatively tailored jackets, was that of a military man (Beddington-Behrens, 59–60). His circle included Wyndham Lewis, T. S. Eliot, Katherine Mansfield, John Middleton Murry, and Frederick Delius. Though the Schiffs retained a base in London, they frequently travelled and lived elsewhere in the south of England and on the continent, and in consequence a substantial body of correspondence has survived. They became more settled with the move to Abinger Manor, near Dorking, in 1934. Their house was damaged by a stray German bomb in August 1944, and the shock may have been a contributing factor in Schiff's death at the Sackville Court Hotel, Kingsway, Hove, Sussex, from heart failure on 29 October 1944.

Searching for information about Sydney Schiff led me to look for books by him, written under his pseudonym of Stephen Hudson. I was intrigued to find some of his books for sale that had handwritten dedications to a 'darling little Joan', and I wondered who this could be. After some false leads, it became clear that Joan was, in fact, the Countess of Drogheda, but her remarkable story only gradually appeared. In his book 'Sydney and Violet" Stephen Klaidman refers to Joan, Countess of Drogheda as a friend of Violet, who left Joan her grand piano. In fact their acquaintance went back a long way, to when Joan was still a teenager, and was discovered by Sydney for her skills as a pianist at her first performance at the end of the First World War, and who was to become their protégée. Julian Fane, a later protégé of the widowed Violet, wrote a detailed and affectionate memoir of Violet in his book 'Memoir in the Middle of the Journey', which he dedicated to 'Joan Drogheda'. This was published in 1971, nine years after Violet's death. It was Joan who had introduced Julian to Violet.

In 1993 Julian Fane published his biographical novel 'Eleanor', which is closely based on the life of Joan, Countess of Drogheda. It deals with her illegitimate birth, her difficult upbringing, her informal adoption by Sydney and Violet Schiff, her disastrous marriages, her acting career in America and her eventual meeting and marriage to the earl.
When I read this book it was soon after I had completed extensive research in public records, tracing the story of her mother and her divorce, Joan's birth, and her acting career. The novel was corroborated by what I had discovered, and also brought the skeleton narrative to life. 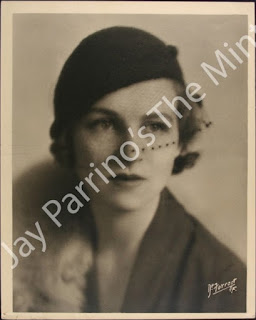 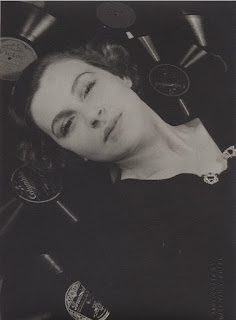 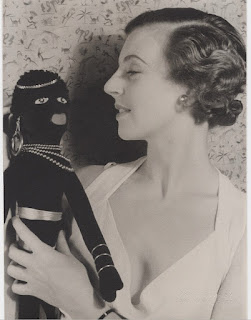 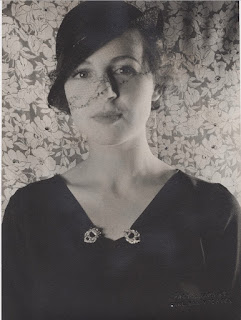 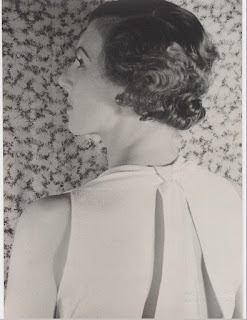 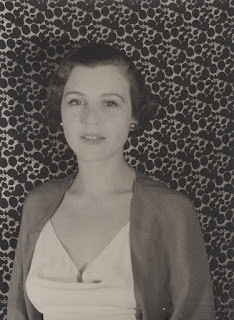 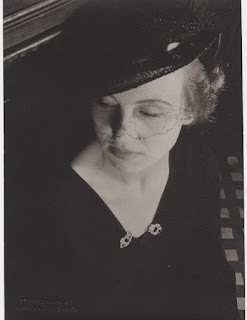 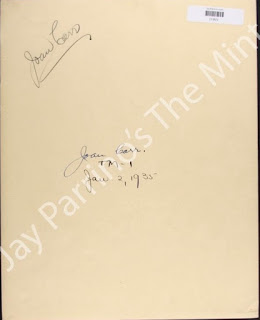 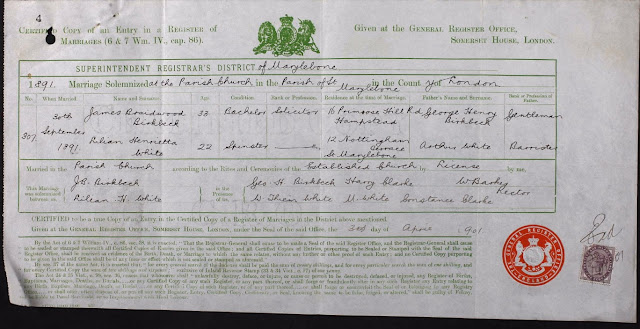 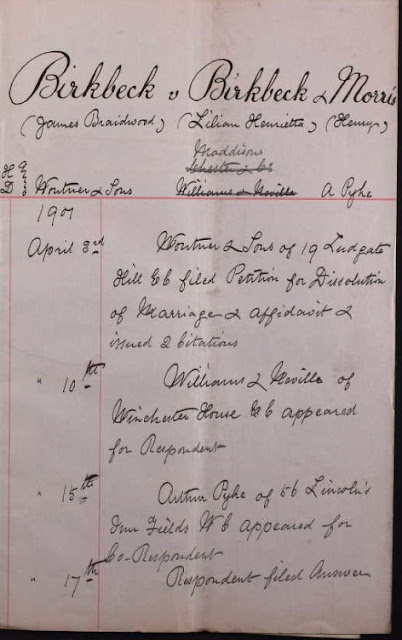 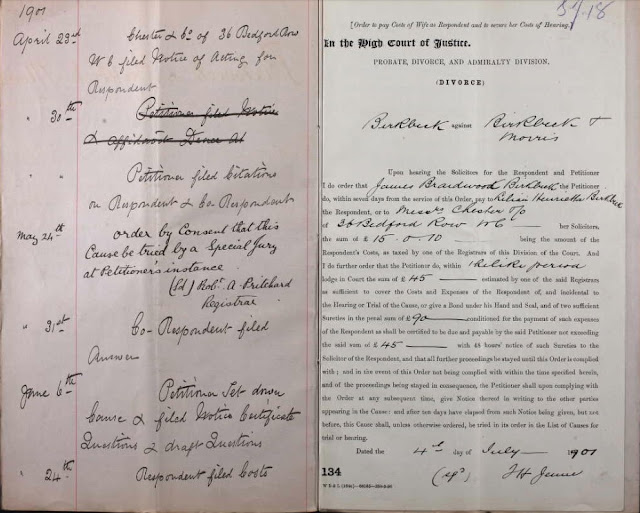 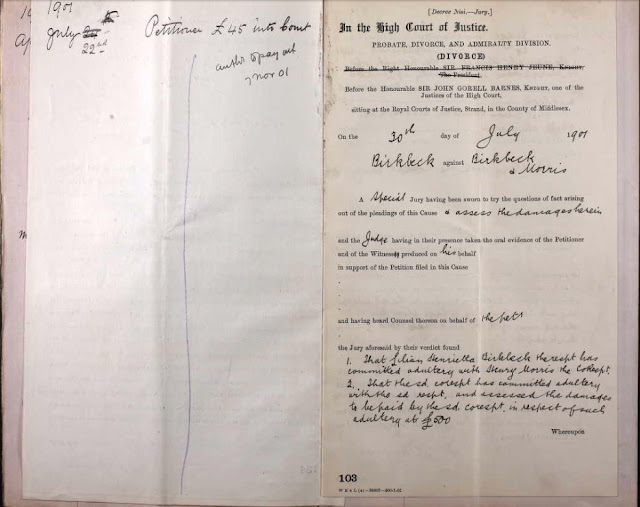 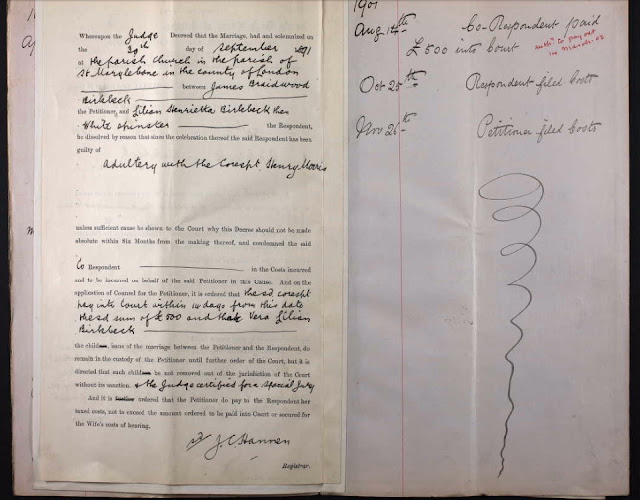 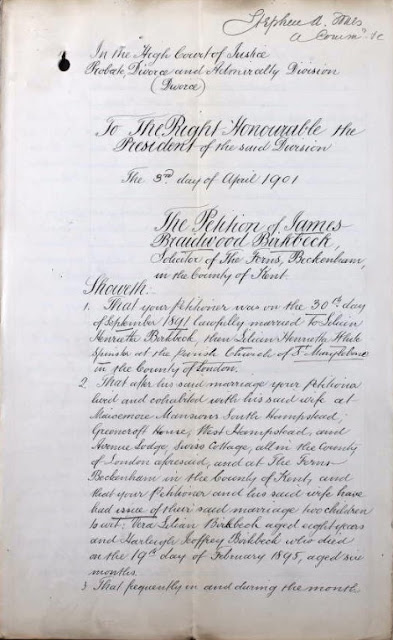 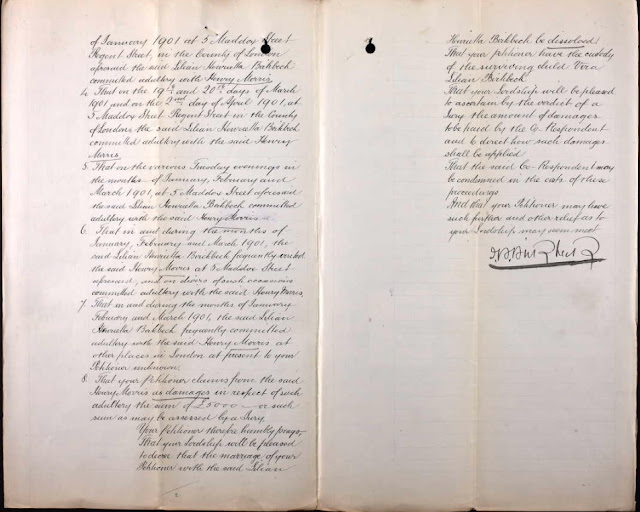 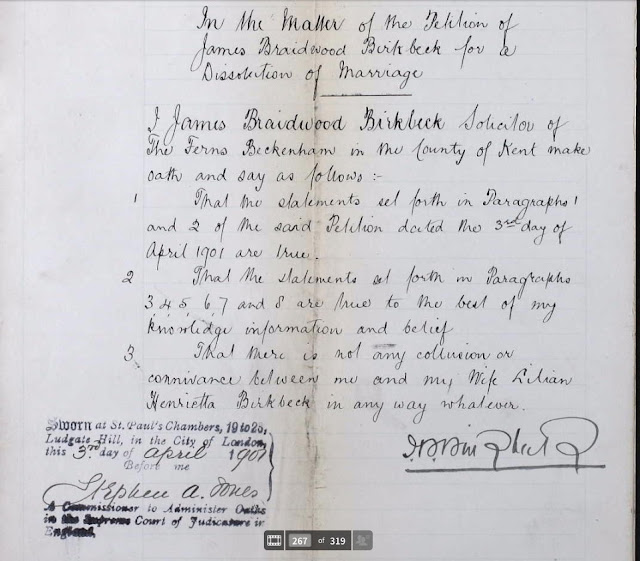 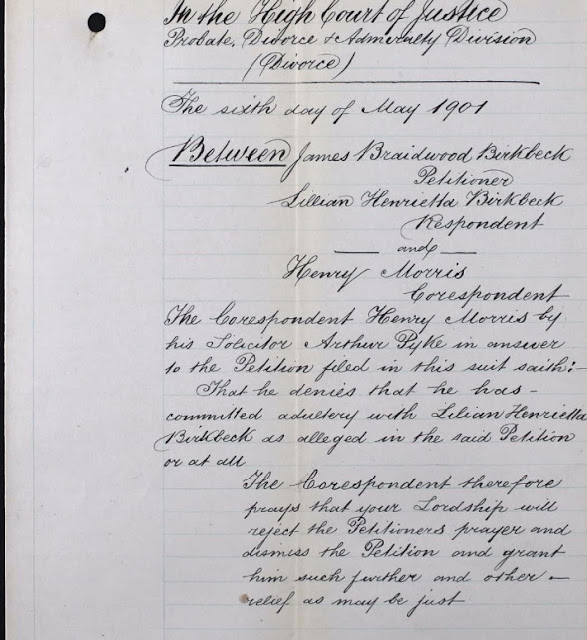 My great great great grandfather Samson Schiff who was born in 1807 had three older brothers. The eldest brother was Leopold, born in 1797, about whom and whose many descendants I have discovered and written a great deal. The second son was Aron Adolph, born in 1802, who appears to have died in Nuremburg in 1860, a teacher, and apparently unmarried. The only other information I have been able to discover about him is that he taught languages in Muhlhausen and Dresden, and that in his youth he had been considered a rebel, and was secretly observed by the Royal Saxon Police in 1854 who commented on his 'democratic attitudes' that he wished to express openly. Mühlhausen is just 35km east of Mannheim, but Dresden is much further away, at 380km.

The third brother, who long remained a mystery to me, was Salomon, who was born in 1805. Whereas Leopold went into commerce, Adolph into teaching, and Samson into a craft as a silversmith, Salomon followed a career as a doctor.


The first ancestor whose name we know for sure is Samuel Schwalbach, of Hanau. Born in Hanau after the death of his father, also Samuel, whence his name, according to the Ashkenazi custom, he was married to the orphan Augusta Fuld of Mannheim, who no doubt brought him a considerable dowry. After this marriage he changed his surname from Schwalbach to Schiff, but this family name was not completely forgotten either by the family or by the authorities.This couple gave birth to one daughter and four sons: the eldest was named Leopold, the second Adolph, the third Solomon, and the youngest son Samson, my own ancestor. Leopold became a merchant, Adolph was a language teacher, Samson was a goldsmith, and Salomon, apparently the smartest, became a doctor in 1832. Born in Mannheim in 1805, he married on May 4, 1837 Caroline Zimmern, from a good Jewish family also from Mannheim. Their son Rudolph was born on April 2, 1838. When he was one year old his father Solomon died, leaving this son and a pregnant wife. His little brother Friedrich Salomon (thus taking the name of his deceased father) was born July 16, 1839, but henceforth we lose all trace of him. As for Rudolph, he reappears at his wedding to the Christian Maria Anna Josepha Kunkel on July 24, 1866 in Feudenheim, a suburb of Mannheim. Their four children were Mathilde, born in Frankfurt in 1867, Otto, also born in 1869 in Frankfurt, Elise, born in Bruchsal in 1871, and Franz Salomon, born in Mannheim in 1876. It is not known when this family arrived in Paris, but Rudolph was recognized by the French state as an 'officer of public instruction' before his death in 1918. Of his children, so far of Mathilde we know nothing apart from her marriage to Baptiste Faugeras, concerning Otto I discovered his Parisian life as a musician and composer, of Elise I recently discovered some details of her life, especially concerning her marriage to the Polish Jewish lawyer Roman Flatau. Franz Solomon married at the age of 19 Julie Oppenheim, who appears to be the daughter of a Jewish couple. Franz and Julie had three daughters: Octavine, Lucienne and Yvonne. All three married, and Octavine has many descendants in France, Lucienne left family in Chile and the United States, and Yvonne also left descendants in the United States.

The death of Johanna Wollheim, and the marriage of Ludwig Wollheim

This was a surprise: the death certificate for Johanna Schiff, née Wollheim. The surprise being that it states that she professed no religion at the time of her death. Dated 13th May 1876, it gives her birthplace at Lissa, now Leszno in Poland. It states, as we would expect, that she was the wife of Leopold Schiff, and the daughter of Jacob Wollheim and Nanny Löwenthal. Her mother is variously named in the records as Nechle, Nechama and Nägele, obviously all variants, reflecting Yiddish, Hebrew, German and assimilatory influences over time.
I am at present unable to decipher and thence translate all the handwriting in this document.

A marriage certificate, the husband being Ludwig Wollheim,and I think it reads that he was a merchant in Trieste, born 9th July 1830, and the son of Solomon Wollheim and Enrichetta Bernheimer. He married Helene Weissweiller in Frankfurt on 29th April 1864. She was born on 19th February 1840 and her parents were Leopold David Weisweiller and his wife Johanna. Ludwig was the nephew of Johanna Schiff. 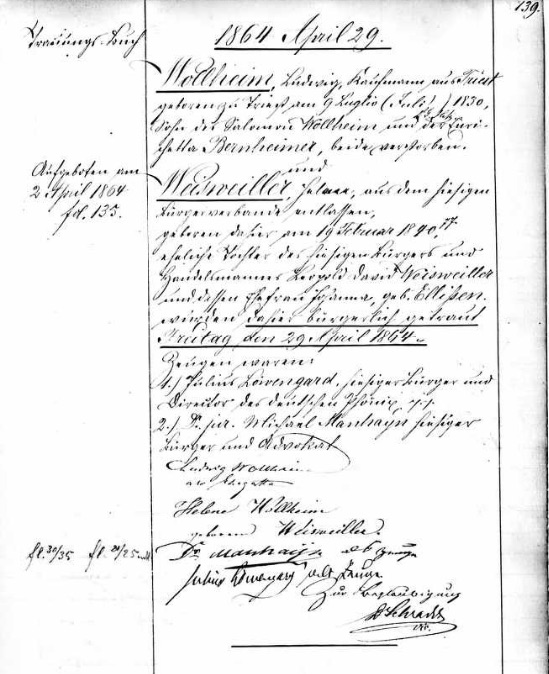 I have received the following translations kindly provided by my friend Claudia Petersen of Hamburg.

Wedding register
April 29, 1864
Wollheim, Ludwig, merchant from Triest, born at Triest on July 9, 1830, son of Salomon Wollheim and Enrichetta Bernheimer, both deceased,
And
At the margin: Banns put up April 2, 1864, fol. [foglio] 135
Weisweiller, Helene, cancelled from the association of citizens [?];
Born here on Feb. 19, 1840,
Legitimate daughter of the local citizen and merchant Leopold David Weisweiller and his wife Johanna née Ellissen [Ellißen]
Were married here civilly
Friday, April 29, 1864.
Witnesses were:
1.)   Julius Löwengard, citizen of our town and Director of the German Phönix [fire insurance company]
2.)   Dr. jur. Michael Manhayn, citizen of our town and lawyer

For attestation: D. Schrader, Dr. [I guess, not easy to read]